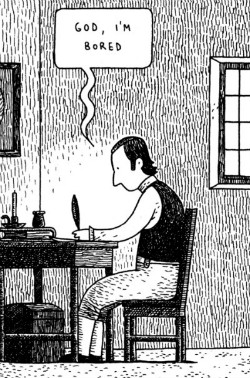 I’ve been kindly invited by the author and poet Fiona Pearse to take part in the Writing Process blog tour, which leaves me with even less excuse not to clear the dust from this blog of mine. Find my answers to the interview questions below – which includes a brief update on Rifts, for those who might be awaiting such – and, below that, a few links to other writers’ far more interesting responses.

What am I working on?

Mostly I’m working on Rifts, the sequel to my debut fantasy novel, Endless. I’m about three quarters of the way through, and it’s already approaching the length of its predecessor – which in itself was no mean doorstop. Like the first, it’s predominantly set on the human-populated world of Crescent, though there remains a fair chunk of Earth-based post-apocalyptic stuff to chew on, too. With this book it feels like I’ve pushed both myself and the boundaries of the story a lot further – there’s more scale, more darkness, more complexity. I certainly want to challenge the reader a bit more.

I don’t want to give too much away about the plot as of yet, but suffice to say Crescent is an even less peaceful place than it was in the first book. One of the main themes is about the repeating and often self-destructive patterns of human behaviour – the tragedies to which our passions and greeds and creeds lead – which plays out on both a grand and personal scale. Don’t worry; it’s not all as bleak as that sounds.

How does my work differ from others of its genre?

Previous to my first novel, most of my published writing was of a literary/non-genre bent, and this is something I tried to bring to the fantasy series; i.e. a focus on character depth and a more contemporary style. It’d be doing a disservice to many talented writers of speculative fiction to suggest this is a particularly innovative approach, though I do at least feel there should be more of it out there. Too often I’ve come across an intricately-imagined world coloured irretrievably beige by the cardboard characters running about on it. Stories are about people, no matter how fantastic the setting.

Why do I write what I do?

As a kid I was addicted to sci-fi and fantasy – my first foray into fiction was a scrawled thirty-page dogfight between spaceships, exhibiting the kind of disregard for grammar and coherence reserved only for ten-year-olds and the most daring postmodernists – so it was always likely I’d end up back there eventually. It’s also (perhaps counterintuitively) to do with that ‘stories are about people’ thing. Extraordinary situations often grant the best insights into human character, and accordingly (and because all authors are cruel kids with magnifying glasses) I like nothing better than to stick an unsuspecting Earthling into the middle of an alien war and see what happens.

How does my writing process work?

By not avoiding: caffeine, burying my desk with notes, instrumental music (post-rock and jazz do nicely), staring at the wall/ceiling/my slippers, the invaluable Scrivener, endless rewrites, strict working hours.

As unglamorous as it sounds, that last one is probably the most important. It’s no coincidence writers are always jabbering on about discipline and determination. The proof of a writer isn’t found in those days when you feel like poetry is gushing from your fingertips, it’s when you feel like you’re prizing words from beneath your nails; it’s in the bloodymindedness to keep on going past that new project excitement and through the boring mires of research and editing and the rewriting of that one awkward sentence in seventeen different ways until you realise that it’s perfect and, at the same moment, entirely unnecessary to the story. (It’s also no coincidence writers often share that crazed look in their eyes whilst jabbering on about discipline and determination.)

I find a good test is to ask myself whether I’m looking forward to a half-hour lunch break as much as I would if I were working in a tax office. If I am, it’s probably a good sign I’m pushing myself hard enough; if not, I probably need to close Twitter.

As promised, here’s a few other writers taking part in the blog tour, each very much worth a read: