A bit of speech therapy 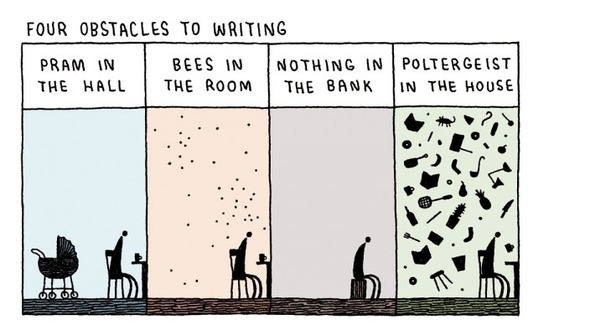 What’s this? Another blog update? But it’s barely been four months and a royal baby since the last post! I hear you cry.

Admittedly, I might not be the most prolific of bloggers. Instead I’ve been spending the time writing the sequel to Endless which, depending on your opinion of that first book, might be a good or bad thing. In my mind at least it’s been extremely exciting to see Rifts taking a more cohesive shape over the last few months – albeit a bulky, complex, enough-subplots-to-wither-my-brain shape.

I’ll get to some vaguely related writing stuff in a moment, but first a brief promotional interlude: the ebook version of Endless is currently on offer for £0.99/$0.99/€0.99 on Amazon, and has a brand new listing on the Kobo. Please send out telegrams accordingly.

So, to the writing bit. I’ve recently moved on to a section of Rifts which is particularly dialogue-heavy, following a section which was particularly dialogue-light. Thus to blow away any cobwebs, I’ve been practicing with some flash fiction that consists of nothing but speech. If you’re a writer, I recommend the exercise; it forces you to contain all the tone, action, and character personality within the dialogue, to rely upon the implicit rather than explicit. Dumping any extraneous description is naturally a good habit to form: conversations become more fluent (remember that, like this reminder, each action is a minor interruption), and readers are given more freedom to use their ever-bountiful imaginations. Which is good. And a little dangerous. But mostly good.

I’ll sign off with an example I wrote this morning:

“Did you know the light from the sun takes eight hours to get here?”

“Yeah, fine, whatever. Eight minutes. What I’m saying is we’re seeing the past. The sun could be doing anything right now, and we wouldn’t know. Not for eight minutes, anyway.”

“What difference does it make?”

“I get it. What difference does it make?”

“And don’t get me started on other stars. Their light takes lifetimes to reach us. Then the other universes, you’re getting to millions and billions of years. The dinosaurs–”

“I think you mean galaxies.”

“Not universes. Galaxies. We can’t see any other universes.”

“Exactly! Probably ‘cause their light hasn’t reached us yet.”

“Now you’re getting it. All we see is how things used to be.”

“But it doesn’t make much difference, does it?”

“Well the sun eight minutes ago won’t look much different from the sun right now.”

“Right. Can you pass the sun lotion?”

“See? You see? This warmth on our skin, it’s eight hours old–”

“Give me the lotion.”